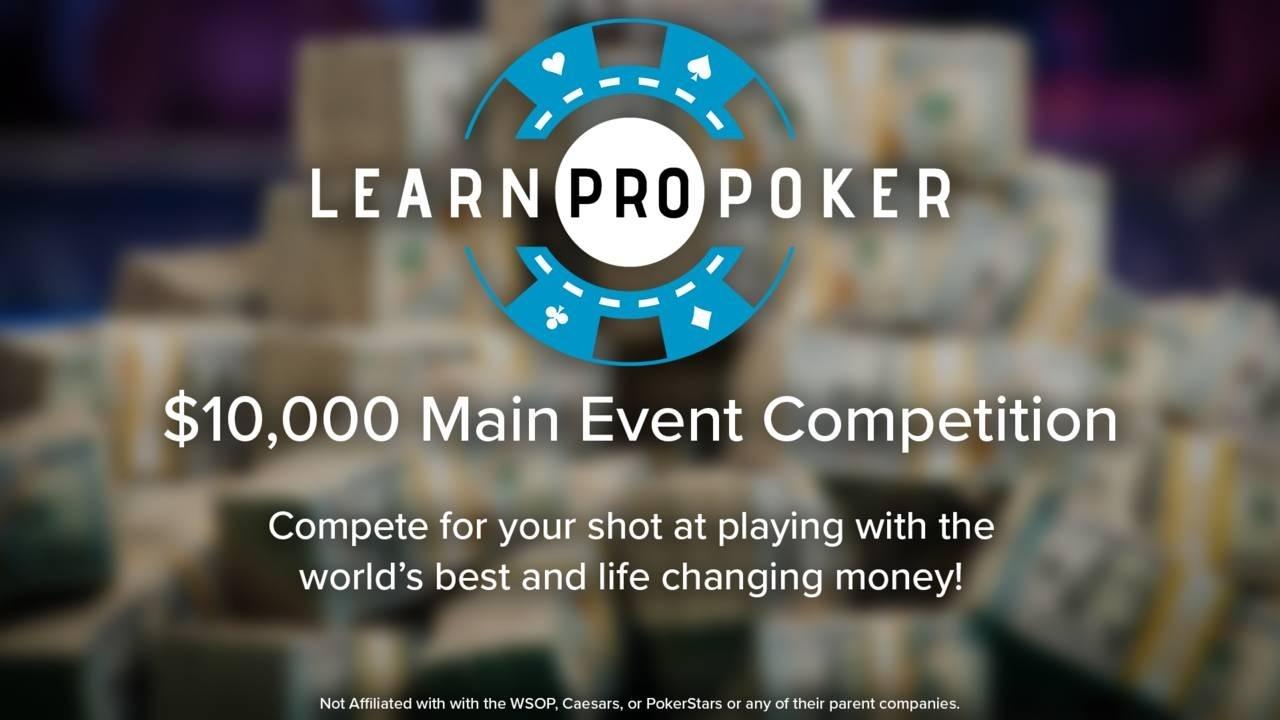 After 6 months of competition, the Final Table is set! 8 competitors remain and only one of them will receive the coveted Main Event seat.

We will be live-streaming the complete Final Table. I will be doing full commentary and I'm also happy to announce that David Tuchman will be joining me live!

Join us on on Saturday, May 30, starting at 10 AM PST on my twitch channel:
https://www.twitch.tv/pr0tentialmn

Here are the remaining players:

Jskd66
The overall winner from Level 2, Luke from England has been playing poker for over 20 years. While poker is very much a recreation for Luke, don't let that fool you as finishing atop the leaderboard was no easy feat. Discussing LearnProPoker, which he has been a member of since the beginning, Luke says, "Initially all of the preflop theory videos were great for giving me a framework for making decisions and looking back through my hand histories. Now I particularly enjoy the 1 on 1 videos and hand history reviews..." We're sure all of that studying is going to pay off and make him a force to reckon with in the Final 8.

FeministTrash
Beffer, who came a very close 2nd in the final standings of Level 2, is playing from Olympia Washington, by way of Los Angeles. An avid nature lover, they very much enjoy the abundant hiking opportunities available in Washington state. They also joke, "I’m starting to try to think of yard work as a hobby so that I’ll actually do it", which I think we can all identify with. While Beffer has been playing poker for nearly 20 years, they say, "I’ve loved the game of NL Holdem’ for almost 20 years, and I’ve been a winning player again for the first time in 16 years for about 4 months." Well, seems like they are peaking at just the right time and we're excited to see them put their newfound poker prowess on display!

Jinch
Taylor, from Minnesota, is no stranger to high pressure situations. A former competitive Madden player, Taylor has taken his competitiveness to the game of poker. Like many players today, he came of age during the Moneymaker boom and over the last several years has taken the game more and more seriously. Of his future in poker, Taylor says he "wants to be a local crusher in the Minnesota poker scene." We have no doubt that he is well on his way!

flash55
Pam, or Flash to her friends, is competing out of Toronto Canada. Relatively early in her poker career, Pam has only been playing for about 8 years. Originally introduced to the game when she was invited to a home game, she quickly became hooked after winning that 1st big pot when her full house beat a flush. Since then, she has continued to take the game more seriously and improve as a player. She's looking forward to the opportunity to get back to playing live poker and is excited to have the chance to "finance travel for poker through winnings."

zupdog
Ryan from Sacramento has been playing since his 21st birthday in 2002. At the time, he was in the San Francisco area and cut his teeth in the limit games at Oaks Card Club. Before he knew it, he was expanding into tournaments at Bay 101 and the rest of the local poker scene, with some moderate success. However, he decided to take some time away from poker in order to focus on his family and career. Eventually, he found his way back to poker after moving to Michigan when he cashed in his 1st ever Hendon Mob eligible event by finishing 59th of 884 in the 2016 MSPT event at Firekeepers in Battle Creek Michigan. Since then, he has fallen back in love with the game and over the last several years has continued to study and improve. That work culminated in June 2019 with a third-place finish at the same MSPT event for $120,000. As live poker comes back, he's looking forward to the opportunity to become a full-time live player.

downswingpoker
Dustin, from Texas, loves the outdoors, specifically snowboarding and saltwater fishing on the Texas coast. A regular in the Twitch poker streets (where you will know him as Dmoe), Dustin is constantly watching and learning from some of the best and brightest streamers. Most notably, Dustin is the definition of hard work paying off. He writes, "November 2020 when i stumbled onto LPP I was at the end of my ropes and wanted to understand... " He spent the next several months immersed in all of the LearnProPoker content and described the other end of that work by saying, "A couple hundred hours later a light bulb will go off and you will most definitely notice a difference in how you attack the game and capitalize on a good run." Him being on the Final 8 is absolutely a product of his hard work and determination.

Jmlabrie185
From Chesterton Maryland, James is another product of the Moneymaker boom when he started playing in college in 2003. With 4-5 poker rooms at his disposal, James is a regular at his local cardrooms and casinos. Already quite successful, with a third-place finish in the Parx Big Stax 300 in May 2016 for over $32,000, he's not satisfied yet as he wants to "Play and cash the WSOP Main Event the next time it is held."

Jasonisgreen
As the screen name implies, Jason, also competing out of Ontario Canada, is an avid golfer who can undoubtedly be found on the links when he isn't playing at the virtual felt. We asked, "What is something interesting about yourself that people might not know?" and Jason did not disappoint. He says, I was "born on Friday the 13th. Of all the names my parents could choose.... JASON! (The killer in the Friday the 13th movies). It gets crazier. I was born on the exact day and year the very first movie came out!" Obviously, Friday the 13th isn't unlucky for him. He has played regularly for the last 20+ years and has been profitable in a variety of game types from cash to tournaments. All of that experience is certainly going to make him a threat to everyone at the Final Table.

Enjoy the stream on Saturday!