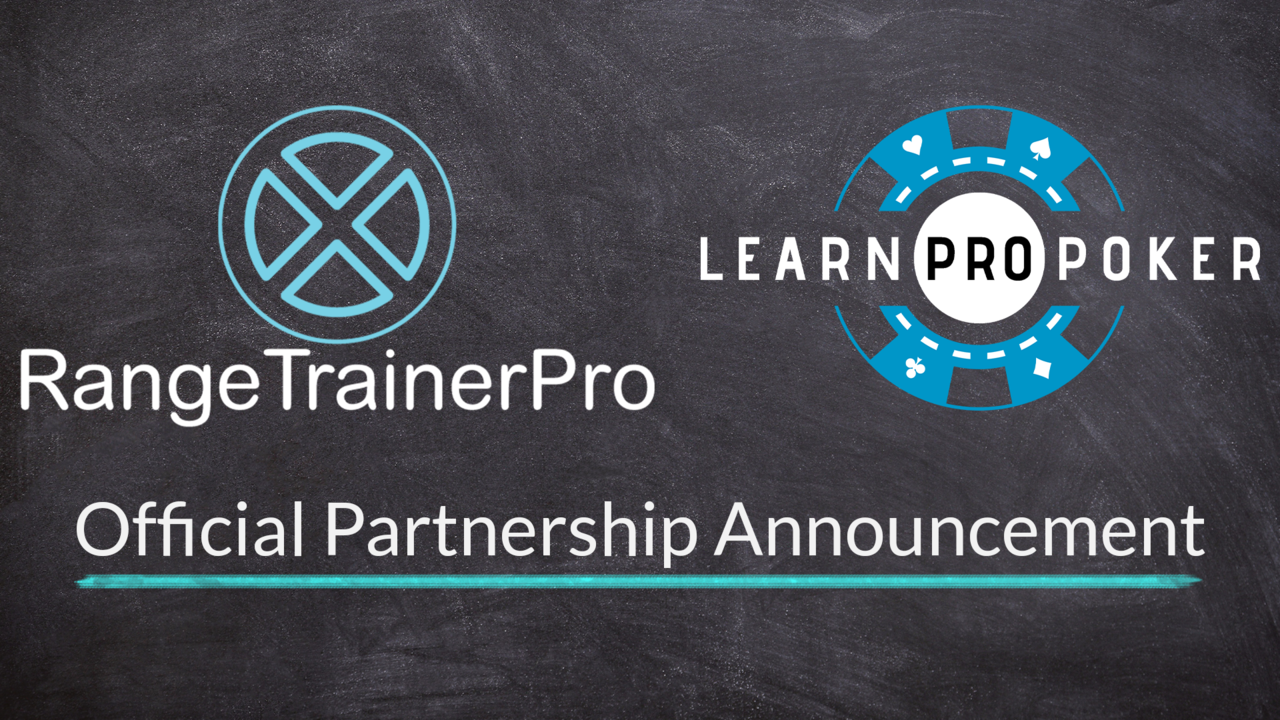 We've been teasing something very exciting the last several weeks and we're finally able to officially announce that LearnProPoker is partnering with the just-launched RangeTrainerPro!

Co-founded by K.L. “highhands89” Cleeton, RangeTrainerPro is a brand-new training app made by poker players, for poker players. With the app, you can store an unlimited number of ranges for absolutely free. It is designed to more efficiently organize ranges based on position and stack depth so you can find a range for a specific scenario more quickly. All ranges are stored in the cloud so you can access them from any computer or mobile device with an internet connection.

However, this isn't the most valuable aspect of RangeTrainerPro.

With a subscription to RangeTrainerPro, you get access to unlimited Training, where you can learn and memorize ranges, sharpen your skills, and be prepared for real-world action. Whether you want to train on a specific scenario you’ve been struggling with or are keeping on top of your game with some random situations, the RangeTrainerPro Training feature Is designed to build your game.

Finally, I've had many users ask where they can get expanded ranges for even more positions and stack depths beyond what is covered in the videos. Now, as part of our partnership with RangeTrainerPro, LearnProPoker will be offering expanded GTO Solved Range Packs for purchase exclusively on RangeTrainerPro. The first Range Pack available to purchase is the Raise First In (RFI) Range Pack which includes over 50 ranges for every position at 8 different stack depths.

I know that RangeTrainerPro is an immense value right out of the gate and it's only going to get more valuable as planned updates are released in the coming months. I strongly believe it can improve your game now and well into the future.