It all started when Ryan Laplante had an idea.

“Recently I have given some thought to what is possible as a poker player in today’s industry. I wanted to make sure people knew that the poker dream was still very much alive, and that we at LearnProPoker can help make it into a reality. That’s what inspired my idea for The Journey.”

I started to look for the right kind of player to demonstrate this. They would need to be someone with the type of passion and dedication to the game that would be willing to put in the needed work, but might have struggled previously to have the kind of breakthrough necessary to achieve their goals and dreams.”

It took a bit of searching but Ryan eventually did find the right player. For the next year, Rob Gardner will be partnering with LearnProPoker in a new style of content for everyone to follow along with called The Journey. 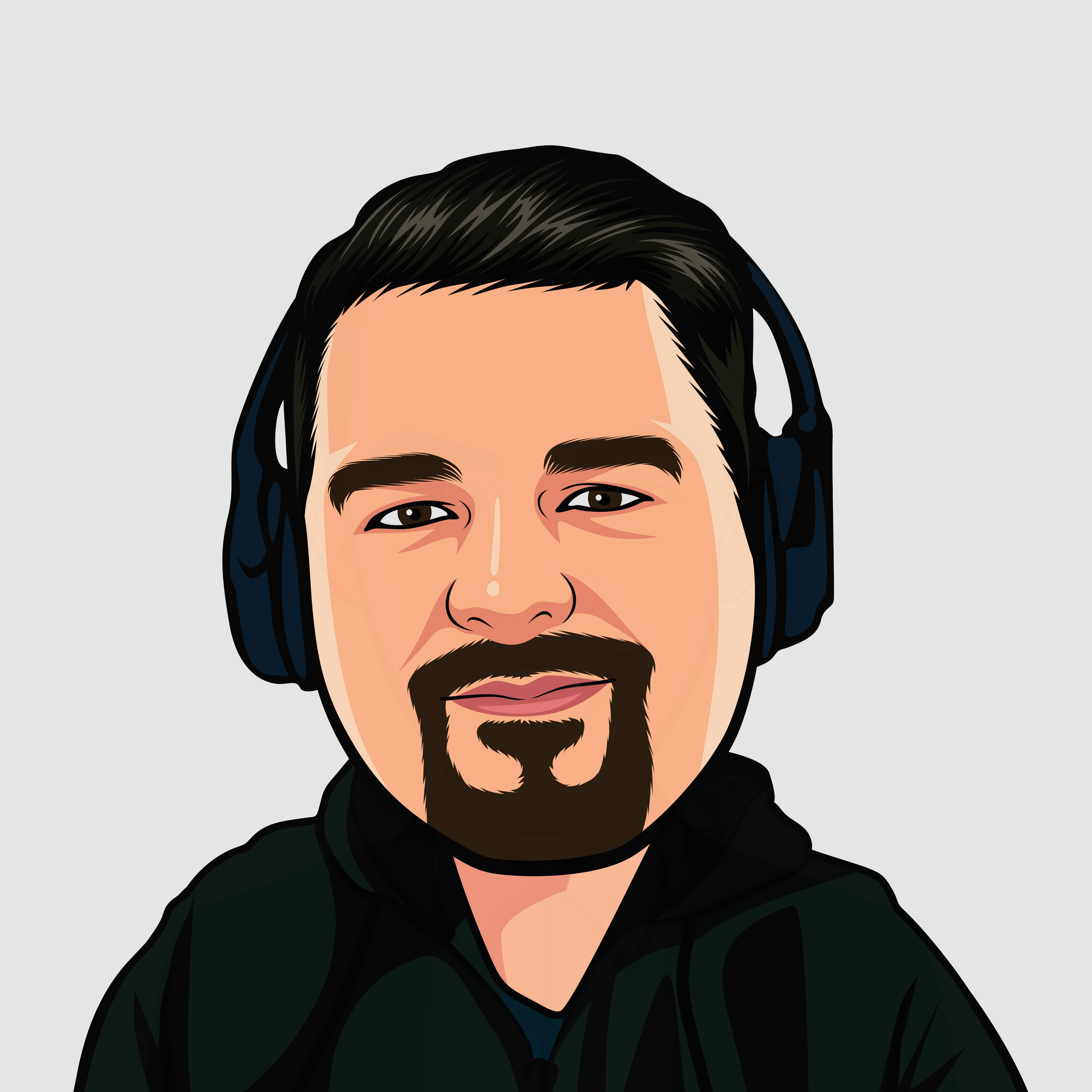 Asked about the format, Ryan outlined, “We are starting with putting in volume at low-stakes. He’ll play 3-6 days a week, attend LPP weekly group study sessions, and post hand histories and questions on our member-only Discord server. He will also get monthly 1-on-1 study sessions with me that will be uploaded for users to review. Two of his primary goals for The Journey are to play in his first WSOP Main Event in 2021, and by the end of the 1-year stake be a winning mid to high stakes online professional.”

When discussing why he zeroed in on Rob for this project, Ryan said, “I’ve known Rob as a content creator for over a year; he was one of our first affiliates at LearnProPoker. I knew how passionate he was about the game and how hard he worked on his stream, and saw that he was still playing lower stakes. It was clear that I was in a position to help him achieve his goals, and thus came up with the idea behind The Journey.”

It has indeed been a journey for Rob Gardner. He has put on many hats in his time, including being a youth pastor, a programmer, a restaurant manager, and even VP of a daily fantasy sports company. But, he always came back to poker, saying, “I started playing poker in the early 2000s...I had so much fun I quickly decided once a week wasn’t enough and went searching for more opportunities to play, and that is when I found online poker.”

It wasn’t until an established poker streamer saw potential in him that he decided to break out onto the Twitch poker scene. After approaching LearnProPoker stream team member Drew “BetOnDrew” Gonzalez for poker coaching in 2016, Drew encouraged Rob to take his shot at starting his own Twitch poker stream.

“At first I said I wasn’t interested,” Rob remarked. “I didn’t want to take away from other streamers, but as all good friends are, he was persistent!  He said I had a lot to offer and it would be a good fit for me.”

Drew was onto something. Rob took an experimental approach to his stream, testing the limits of what streamers could do inside the poker category on Twitch with unique ideas and segments. He even conducted a parody interview with (a fake) Phil Hellmuth. 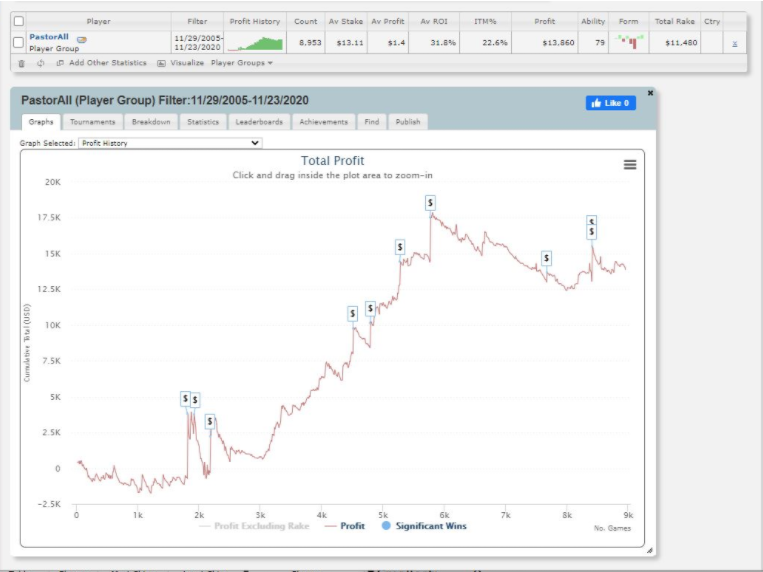 It didn’t take long for the Twitch poker community to take notice. Just a few months into his stream Rob found himself in the biggest spot of his poker career, chipleading the first-ever ACR $1,000,000 GTD with just 120 players remaining. During that stream, he was raided by the PokerStars channel, giving him his largest audience ever in one of his biggest tournament spots ever. He finished 17th in that tournament, playing what he refers to as “the nittiest poker of his life”.

He then entered and was selected for the ACR Triple Threat Challenge, which pitted him and his teammate against two other teams in a multi-month long challenge to grow their collective bankrolls in order to win $5,000. Rob led his team to a decisive victory, winning $5,000 and raising money for charity in the process.

Now, Rob has set his sights on his next adventure. For the next year, he will be taking his stream to new heights by partnering with LearnProPoker and Ryan Laplante, receiving a stake and personal training from Ryan, and documenting his progress along the way. His goal? To finally make the jump to mid and high stakes tournaments.

“Talking about this opportunity, Rob said, I have been a member of LearnProPoker for about a year and a half now. In the short term, my goal has always been to grow the bankroll and “get ahead”.  That goal has always been a difficult one while raising 4 kids and putting my wife through college, but I have no regrets. I have a beautiful family, a wife with a successful career living her dream job, and 4 beautiful successful kids. But long term I have always wanted to see how good I can really be. I have always been very competitive, and now at 41 I can finally give up on my dreams of being an NFL / NBA star, poker is the one place I still have the chance to make it to the very top. Among my long term goals would be winning a circuit ring, winning a bracelet, and getting to play in the WSOP Main Event.”

Ryan’s 1-on-1 study sessions with Rob will be uploaded for LearnProPoker members to review monthly (the first session is already available for LPP members here), and the LearnProPoker YouTube channel will update his progress regularly as well. Follow LearnProPoker, Rob Gardner, and Rob’s Twitch stream to sweat The Journey. 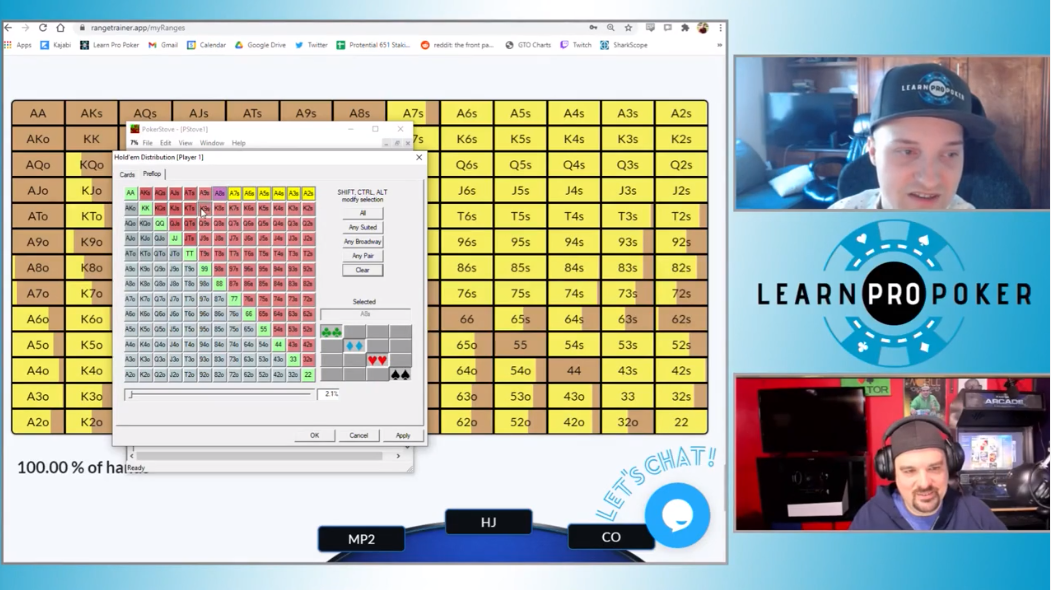 Ryan discussed why this project is so important to him by saying, “There is a common misconception that being a poker professional requires some kind of innate ability or intelligence that only a select few people have. Many coaches and sites make it seem like top end training and studying is only worthwhile for those with big enough bankrolls or in-depth knowledge on how to use solvers or other advanced study tools.”

From the beginning with LearnProPoker I’ve wanted to show that this isn’t the case. I believe a simple, structured approach is ideal for all but the most elite of players playing the most difficult games. Anyone willing to put in the work can become a very profitable professional. “

It is my strong belief that it is still possible for almost anyone to be able to play this game for a living. It comes down to hard work and having the discipline to give yourself the right type of opportunities to succeed. Rob has shown that he has those qualities in spades, and I know that he is passionate and hard working enough to make this a success. I hope you join us on his latest poker journey.”